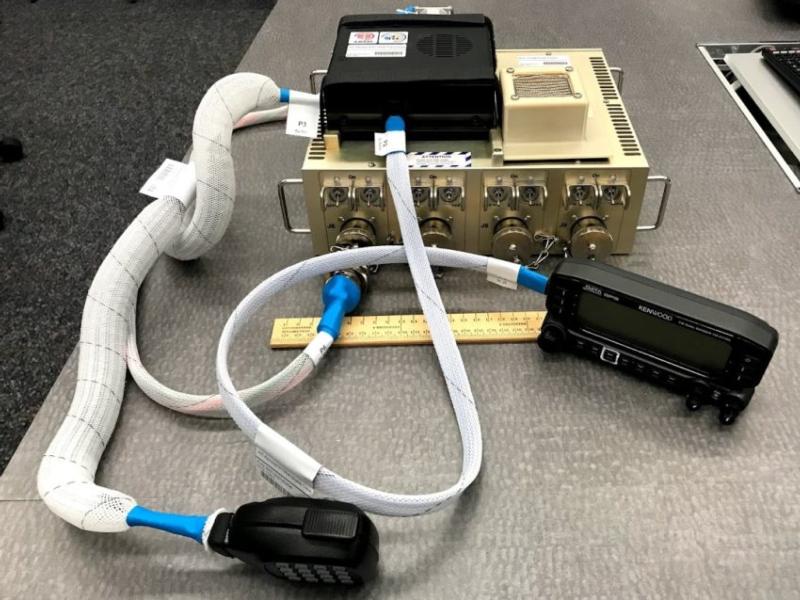 Ham Radio operators have enjoyed making contact with the ISS for many years. The holy grail has always been talking to ISS astronauts on FM simplex (145.800) — but those can be rare chance encounters. Ham radio operators have also enjoyed slow-scan television (SSTV) broadcasts and APRS packet radio via the ISS digipeater. Now we get to work the world’s most expensive FM repeater thanks to the new InterOperable Radio System (IORS) installed on the ISS.

The InterOperable Radio System (IORS) replaces an ancient Ericsson radio system and packet module that were certified for spaceflight over two decades ago. The 5 watt HT that was aboard the ISS was getting worn out after many years of use. The Ericsson radio looks like something from a 1990s episode of Cops.

5-watt Ericcson radio aboard the International Space Station that has now been replaced by the new InterOperable Radio System (IORS) radio system.

The new IORS was launched from Kennedy Space Center on March 6, 2020 onboard the SpaceX CRS-20 resupply mission. It consists of a custom space-modified Kenwood D710GA transceiver and an ARISS-developed multi-voltage power supply. The equipment was installed by NASA astronaut Chris Cassidy (KF5KDR).

The radio now being used is a Kenwood D710G and was engineered specifically for space flight. JVCKENWOOD USA and the ARISS worked closely to modify the D710G. The upgrades were performed by JVCKENWOOD and include:

Continuous fan operation is an important feature in space for the reliability of the radio. There is no convection in microgravity, so all heat-generating components need to be cooled by moving air or conduction. If the radio burns up, there isn’t a Ham Radio Outlet down the street to grab parts.

The ISS features four different vertical antennas on the spacecraft. The reason for four antennas is redundancy in case of an antenna failure. They are made of flexible metal tape that are coated in Kapton, a polyimide film that can withstand extreme temperatures. The antennas are designed to withstand kick loads of 125 lbs.

Three of the four antennas are identical and measure 0.5-meter (1.5 foot) in length and each can support both transmit and receive operations on 2 meters, 70 cm, L-band, and S-band. The fourth antenna has a 2.5-meter (8 foot) long vertical whip that can be used to support High Frequency (HF) operations, particularly on 10 meters. However, no HF radio is currently aboard the space station.

Challenges of ham radio in space

One of the most significant challenges with installing ham radio equipment on the International Space Station is power. The Muliti-Voltage Power Supply (MVPS) that powers the radio has to operate from either 120VDC or 28VDC and meet both NASA and Russian requirements, which are different. NASA also has stringent and detailed safety and engineering requirements.

The ARISS had to meet strict power quality and Electromagnetic Interference/Electromagnetic Compatibility specifications and limits. Even things like fan sound level, temperature rise, specific LED colors, special connectors, and non-flammable wiring. Even air filtering was a massive consideration as dust and lint are a real issue onboard the ISS.

ARISS and getting ham radio aboard the ISS

The organization is run by volunteers from the national amateur radio organizations and the international AMSAT (Radio Amateur Satellite Corporation) organizations from each country. Since ARISS is international in scope, the team coordinates locally with their respective space agency  and as an international team through ARISS working group meetings, teleconferences and webinars.

As you can imagine, the coordination between countries, space agencies, ham radio manufacturers and the ham community at-large is a time-intensive process — and it’s all volunteer. I urge you to consider donating to the ARISS.

I couldn’t wait to try the new FM repeater myself. During a recent pass I tried to make contact with my friend Dan, KB0TDW, in Council Bluffs, IA.