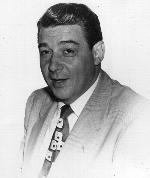 Author, announcer and long-time CBS writer Fielden Ward Farrington was born July 4, 1909 in Clinton, Indiana.  He was my great-uncle; the younger brother of my grandmother, Thelma (Farrington) Stone.  Two weeks prior to his birth, his older brother Leo passed away with scarlet fever.  Fielden's father Harry, a talented carpenter, built the house in which he was born.  I have several fine pieces of furniture Harry had built, and I treasure a little wooden box he built for me when I was very young.  Fielden's tiny mother Metta (Nolan) Farrington also loved to write, and had a twin sister, Mitta.  Fielden was of English and Irish heritage.

Thelma, my grandmother, recalled the day Fielden was born when she was nearly six.  She was directed by the family to stay alone in the back yard, while grownups from nearby houses mysteriously went in and out of her house.  Finally, she was ushered in the house after Fielden was delivered, and she fondly remembered holding her brother for the first time.

Fielden attended Clinton Elementary intially. Later, the family moved to 1337 2nd Avenue, Terre Haute, Indiana where he attended Garfield High School.  Fielden was active in the thespian activities, was an honor student, and graduated in 1927.

From the Garfield High School The Benedictus yearbook, 1927

After a short time at Indiana State University, he dropped out; his sister said he was bored after consuming all the resources of the English department.  A professor on the university staff, a Dr. Miller, encouraged Fielden to pursue writing.

In 1929, after joining the staff of radio station WBOW in Terre Haute,  Fielden ran the audio mix, swept floors, announced and even sang as live broadcasting demanded.  Also on the staff was Dick Reed, a copy writer, who was unable at some point to complete his copy prior to the airing of a commercial.  Fielden reviewed the available material and told the management that he'd be happy to complete the copy.  After airing Fielden's copy, station sponsors commented positively, and WBOW management subsequently began to exploit Fielden's writing talent.

Also on the staff was a young tenor: Burl Ives.  Burl had two or more 15 minute spots where he would sing, accompanying himself with a ukalele.  Fielden often had station staff in and out of his parents' home - where he still lived at the time - but never invited Burl.  Burl was not meticulous in his personal hygiene.

Fielden wrote material for another rising radio star, Author Godfrey.  Godfrey reportedly did not pay for the material, and Fielden never forgot it.  Years later, while both Godfrey and Farrington were at CBS, a cool on-air exchange resulted in their being called to the office of William Paley.

Fielden's first big break was at the 1933 Chicago World's Fair: "A Century of Progress."  His proud mother and sister drove up to Chicago to see him announce the displays at the Ford building exhibits.  After the fair, he announced at several Midwestern stations.

After the World's Fair, Fielden moved to Wheeling, West Virgina to join a Columbia network station.  It was in West Virginia where Fielden married Dorothy McKee.  He later moved to Detroit, Michigan, where Reed, the first of his two sons, was born.  In 1940, Fielden moved to New York, where he would remain.  Mark (who ultimately also worked for CBS ) was born there in 1941.  Fielden and Dorothy later divorced, and Fielden later married radio actress Mitzie Gould.

Fielden could be heard announcing radio programs such as The Green Hornet, The Romance of Helen Trent and Just Plain Bill.  His velvet voice was also heard in commercials.  Click here to listen to a Fielden Farrington commercial for Hopper's White Clay Pack: "If you long for a lovelier, more alluring complexsion, give yourself a home facial tonight with Hopper White Clay Pack."

During his career with CBS in New York, Fielden Farrington was often heard as WW2 broke out.  In addition to published short stories and radio material (most of which have not survived) he published his first novel, The Big Noise, in 1946.  Street of Brass was released in 1961 with its gritty, trendy cover.  A Little Game was printed in late 1968, and was made into a television movie in 1971 by ABC.   A Little Game was truly a good book, full of dark suspense, which was (according to his sister) what he was best at.   Unfortunately the movie did not capture the story well.

Also in 1971, Fielden's Strangers in 7A was printed.  Strangers in 7A was made into a made-for-television movie by CBS,  which starred Andy Griffith, Ida Lupino, Ed Asner and Michael Brandon, and aired in November 1972.  His sister received a signed copy in the mail, with a brief letter of apology to his big sister.  The book was filthy, and received scathing reviews, ie:

Mr. Farrington is a TV-radio scripter and he gets additional mileage here out of the obscenities which crowd the up-yours dialogue. Just one more book like this and New York won't even be a nice place to visit. (Source)

My grandmother confided in me something I will now share: she carefully wrapped the book in paper, and placed it in the trash.  She was afraid her grandchildren would get hold of it: "He needed to wash his typewriter out with soap!"  I found a paperback copy of it later, and I also threw it out.   She related to me that Fielden was pressured to write using foul language and sexual situations by his publisher.

Fielden Farrington was all over the place in the 1970's when I was a teenager.  He didn't like announcing for televison (much preferring radio) and  produced a 21 stories for the popular CBS Radio Mystery Theater .  My favorites are The Sleepy Village and The Fatal Connection.  He wrote a great deal of the General Hospital television drama scripts.

Fielden was a pipe smoker, and was diagnosed with mouth cancer in the early 1970's.  He eventually underwent several disfiguring surguries, and at the later stages of the disease expressed concern that his sister should see him in his conditon.  He died July 8, 1977 at age 68 in New York.

I had only met Fielden once, to my memory (though it is likely I just don't remember visits.)   In 1975 my parents, my girlfriend Brenda (whom I later married) and I drove in a 1929 Model A to New Palestine, Indiana where my grandmother lived alone in a small apartment.  Her brother was visiting from New York.  Fielden was busy chatting with the family grownups, and aside from a quick exchange of introductions I never got to speak with him.  He was sporting a beard to cover the cancer surgery on his face and skull.  He was wearing the obligatory author's sweater.

I have a number of pictures and recorded information related to me by his sister, my grandmother.  Grandma was proud of her brother: "Never did a sister love her brother more than I loved Fielden."  She said that they never fought or even argued, and I believe it.  I also have a lot of material written by Metta, Fielden's mother, that I need to go through.

Fielden's old WBOW co-worker, Burl Ives, was also a pipe smoker.  He died of mouth cancer in 1995.  I do know that Burl also attended Indiana State, and was the same age as Fielden.  He had also dropped out of classes there.  I don't know if it was at Indiana State where Fielden first met Burl, who reportedly ate huge quantities of my great-grandmother's incredible sugar cookies when she brought them to the WBOW studio.  I remember those sugar cookies, which she kept in a tin - with wax paper on the bottom - in her kitchen.  It seems that the professional lives of Burl and Field ran parallel in many ways.

(11/10/2018) The complete 1972 movie The Strangers in 7A is available here on YouTube.  radiofarrington.com domain procured for a future web site devoted to Fielden and his accomplishments. 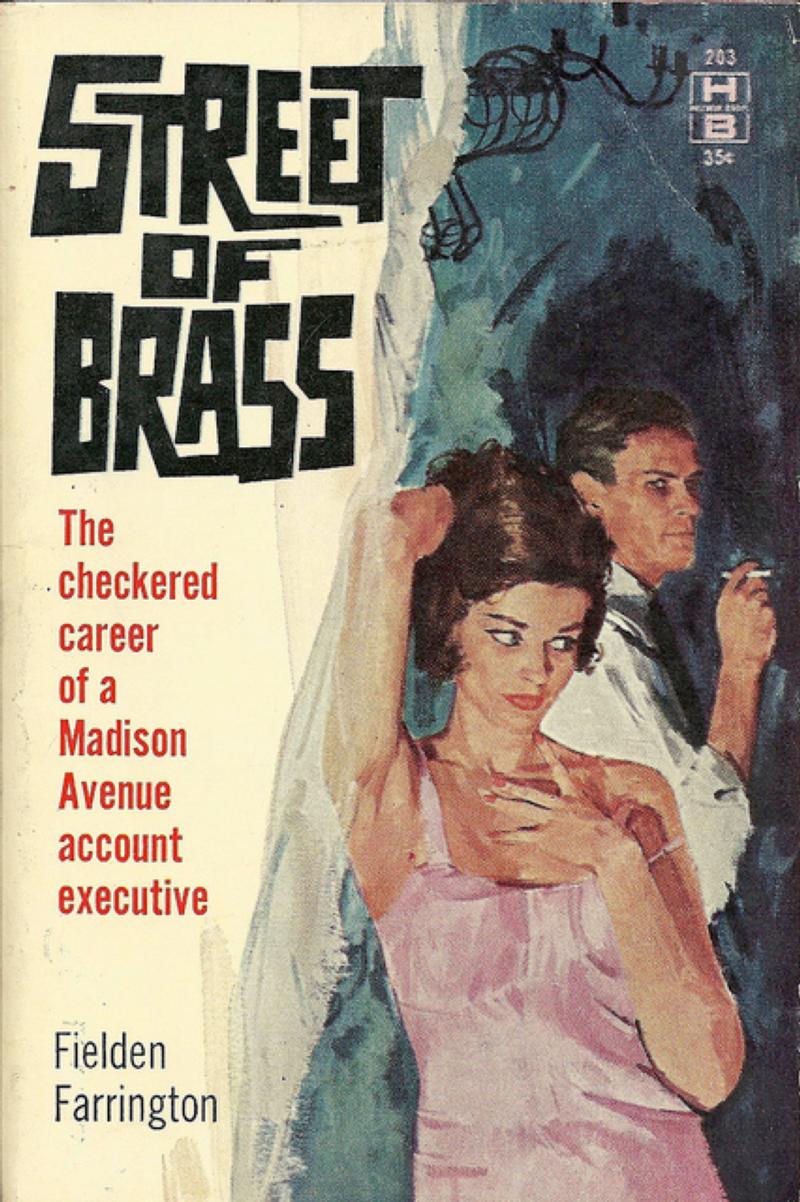 The Strangers In 7A, paperback 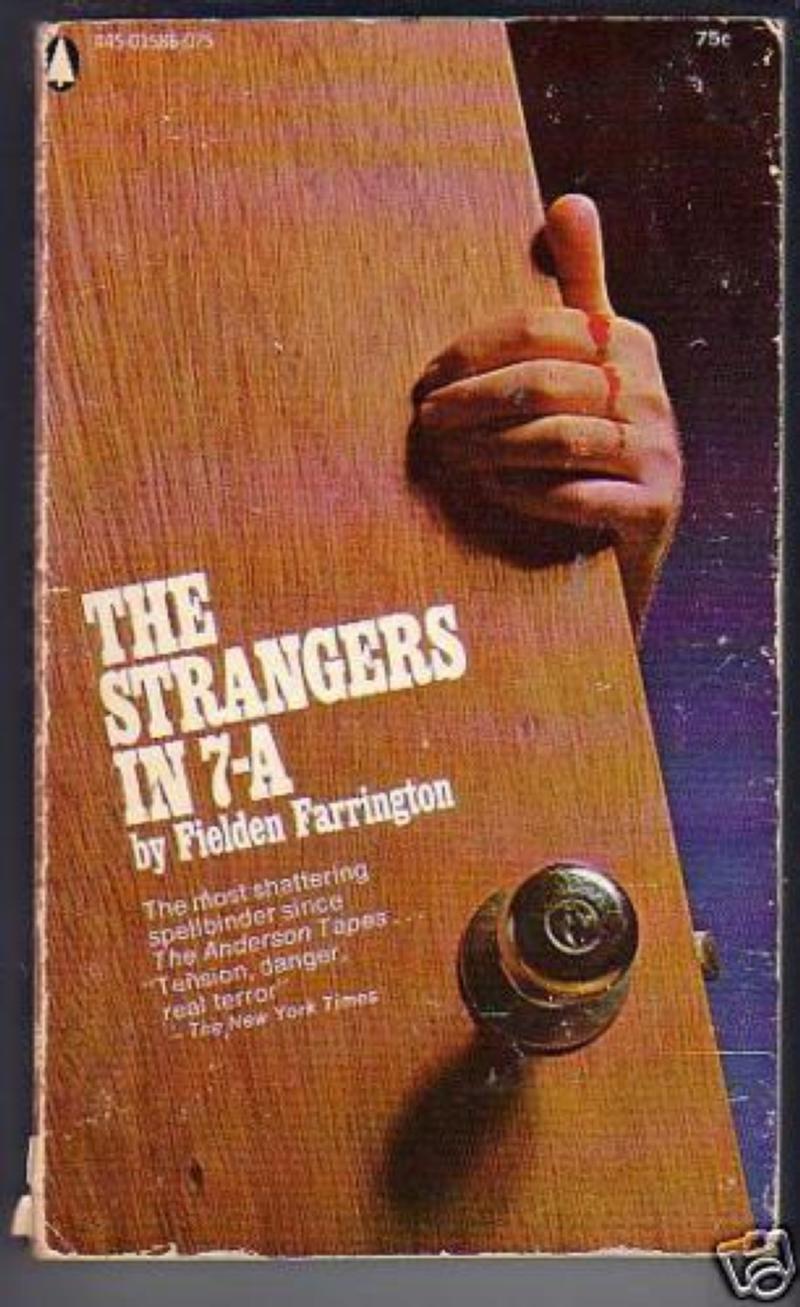 Clipping from an unknown source, submitted by son, Mark Farrington 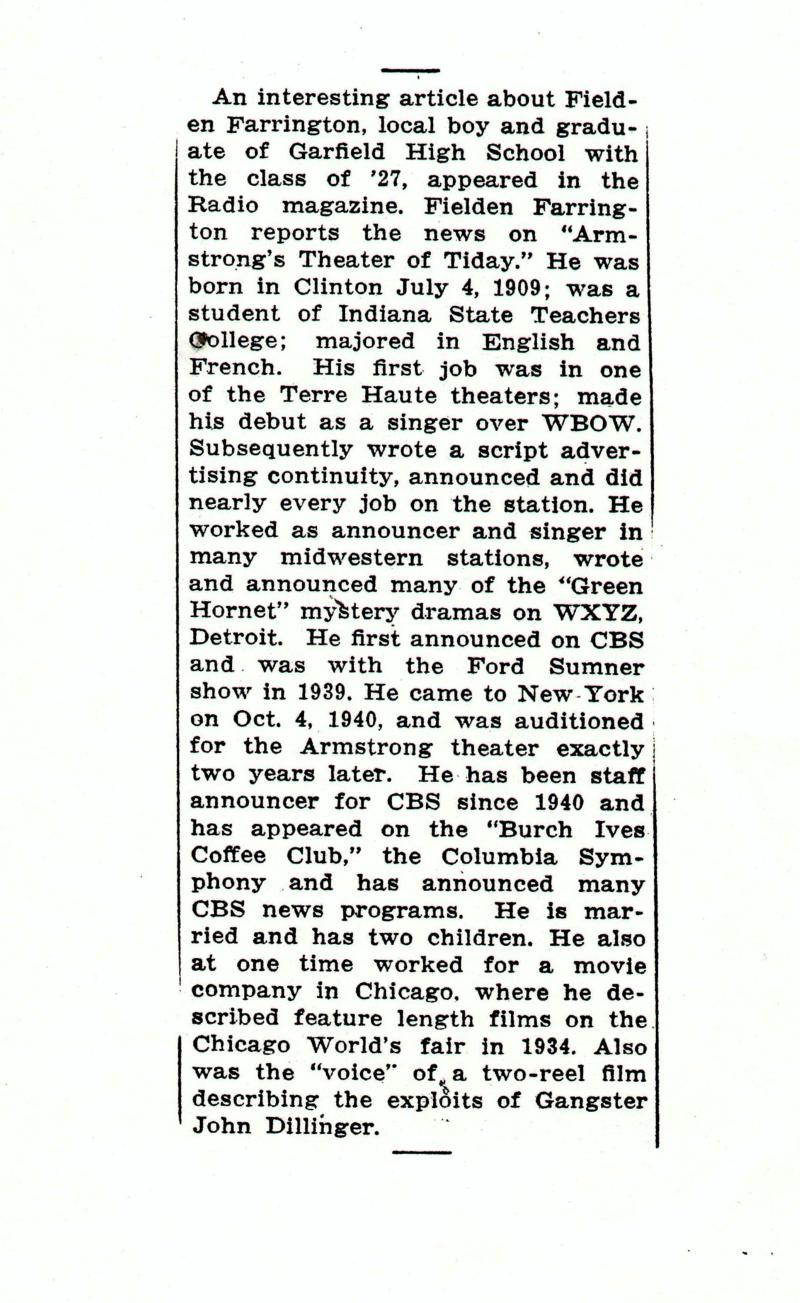 Fielden and his sister, Thelma 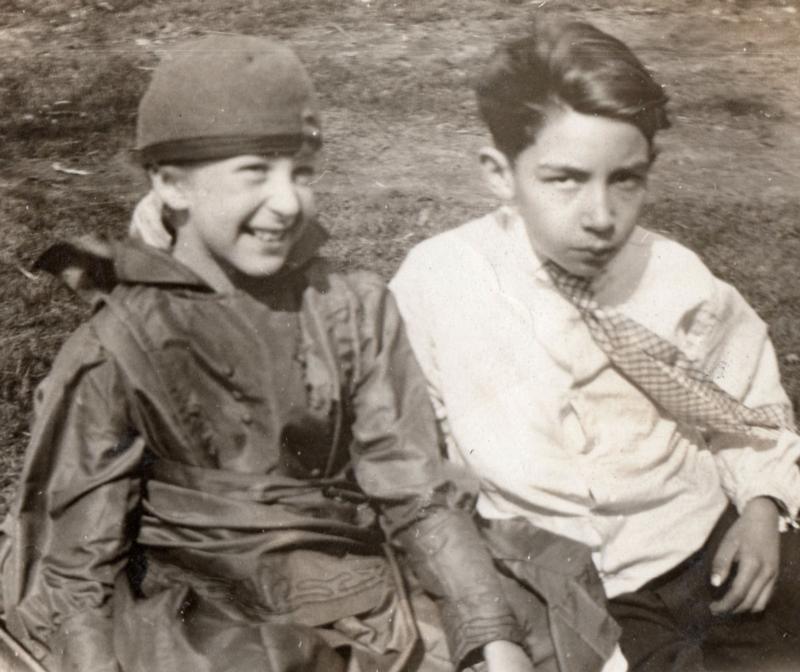 Fielden on the farm, age 9 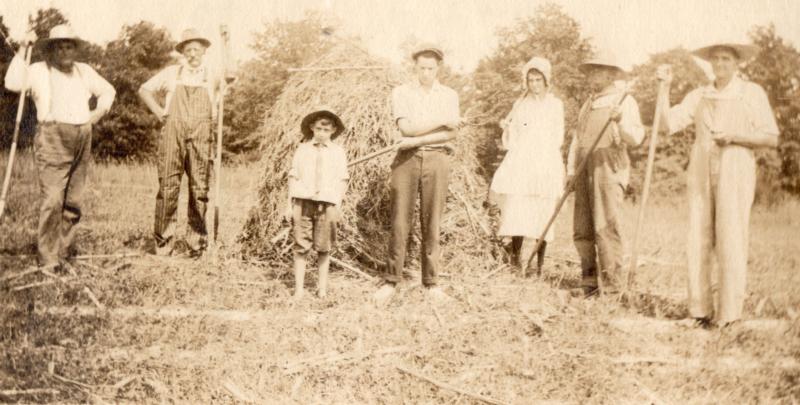 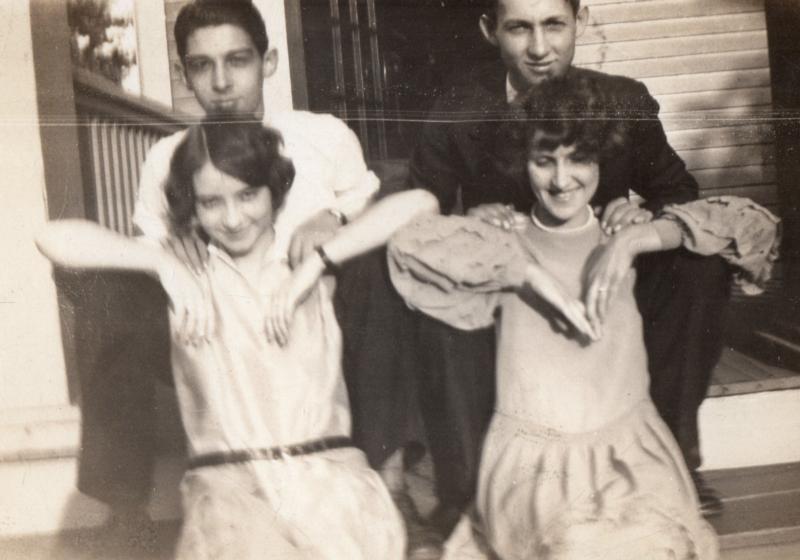 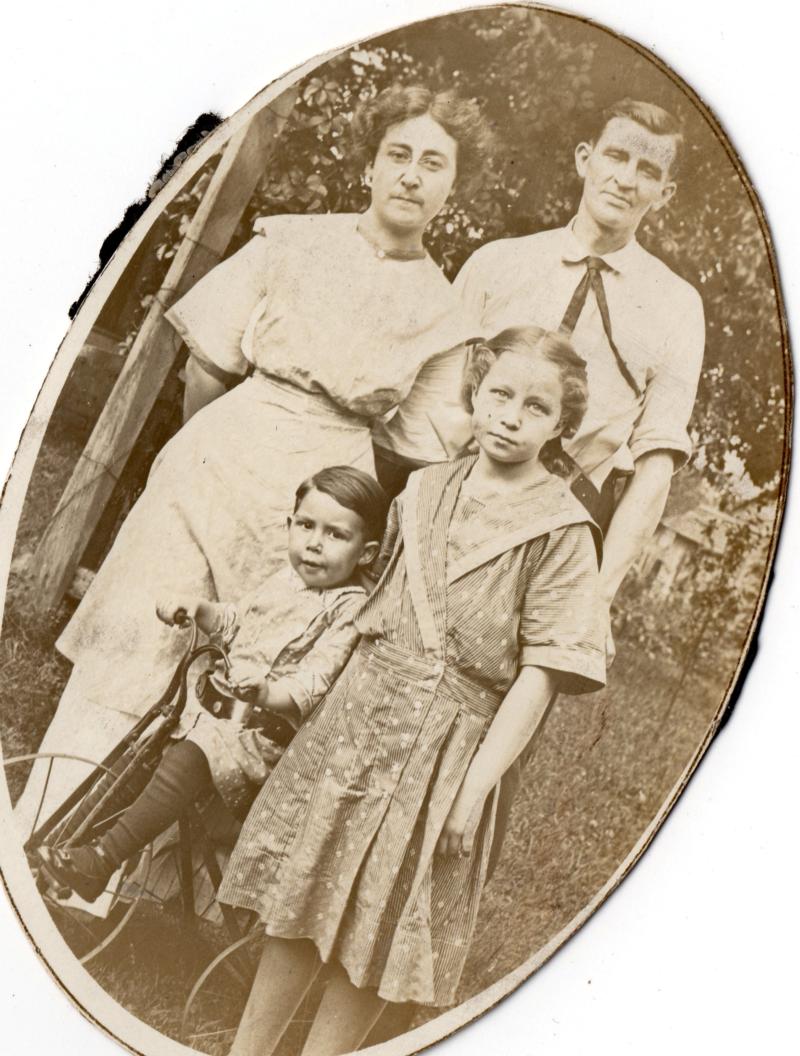 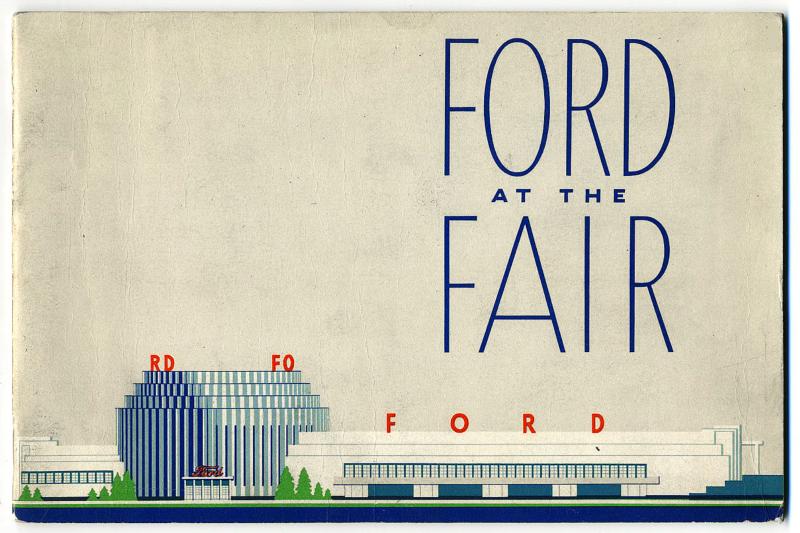 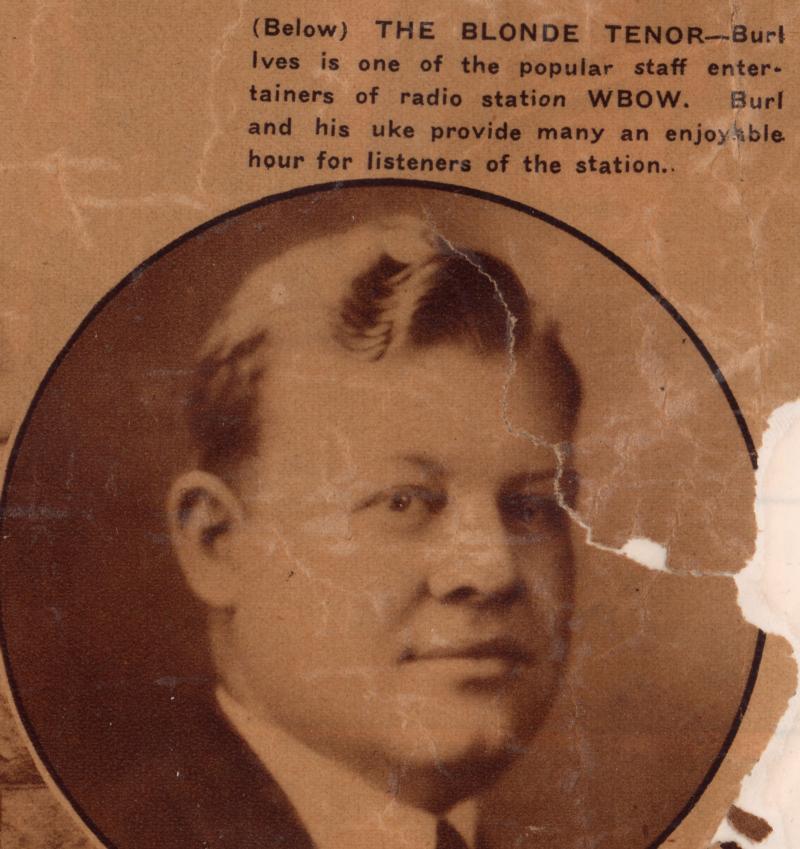 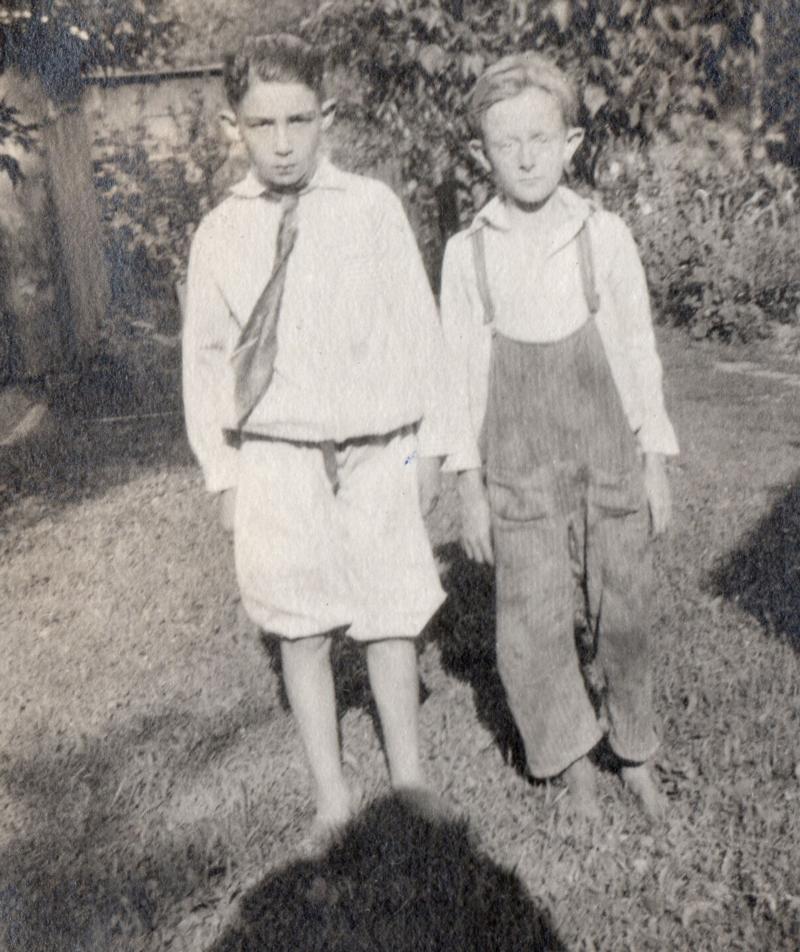 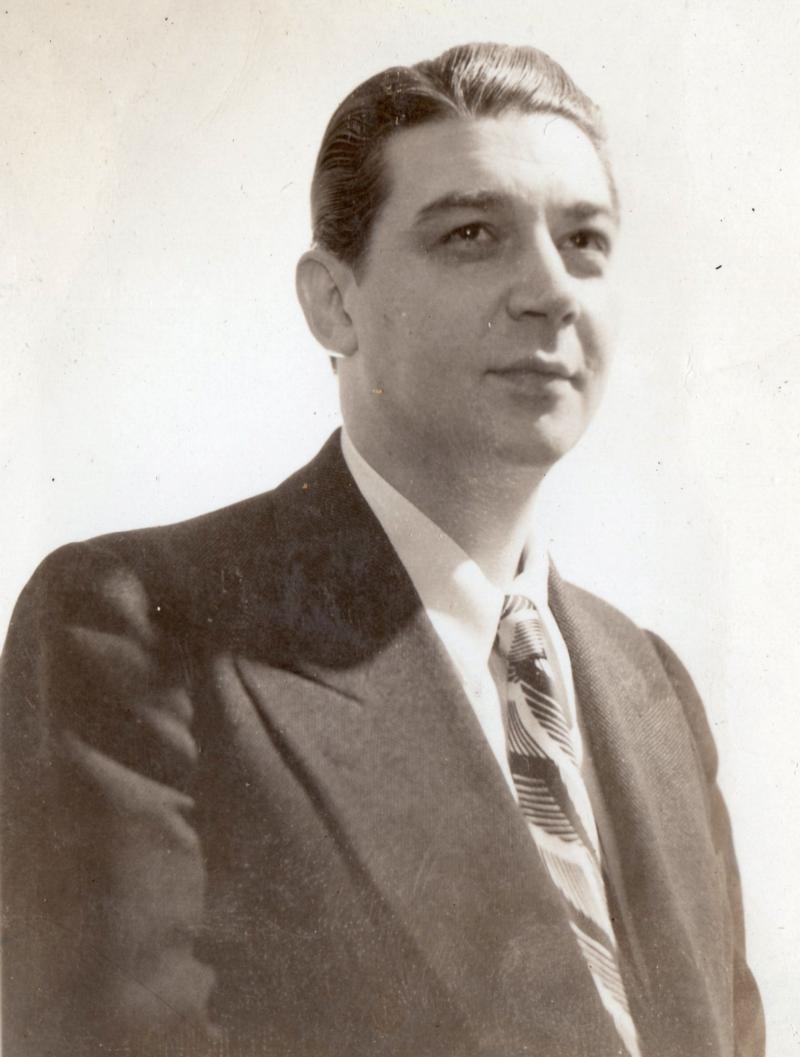 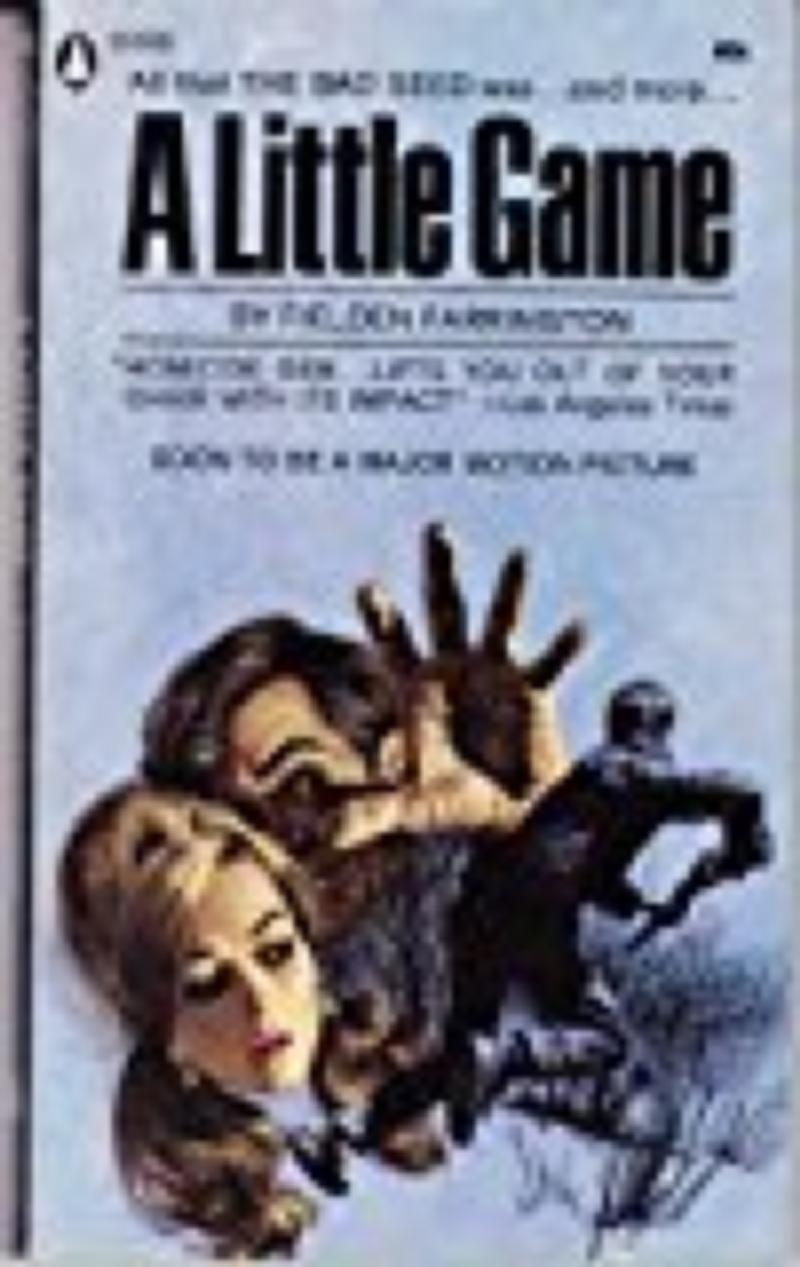 The Strangers In 7A Movie Promotion 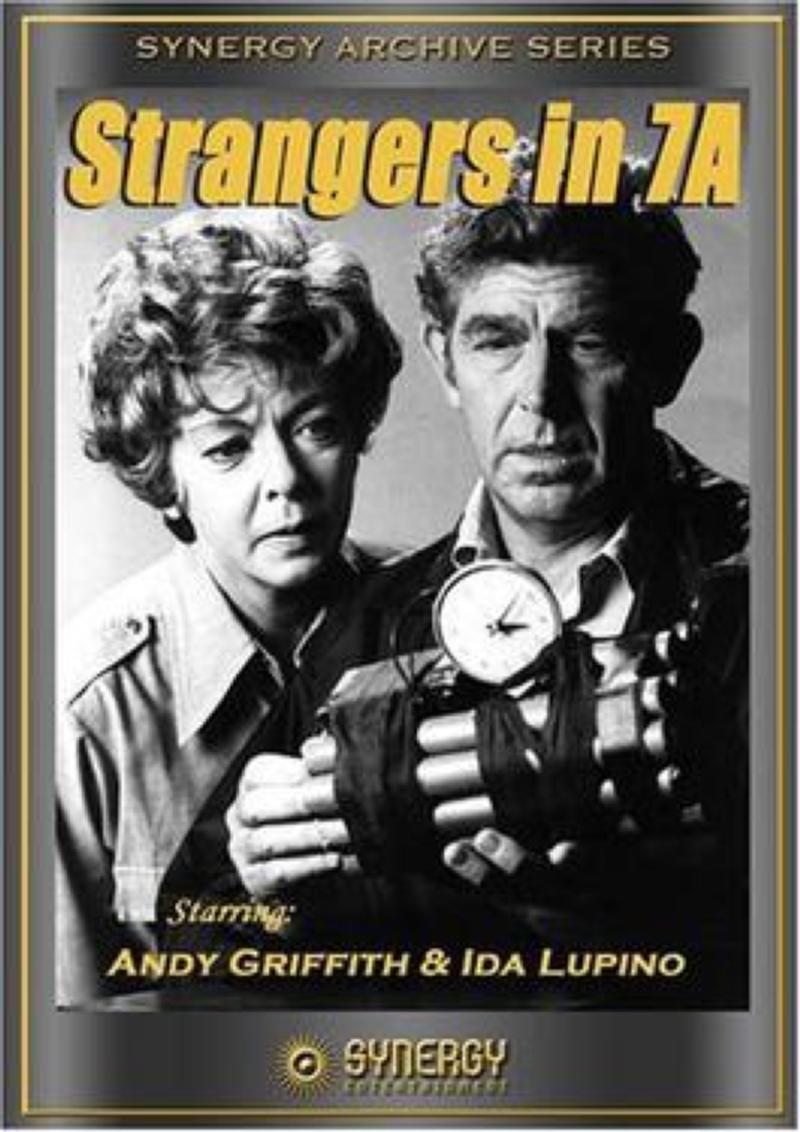 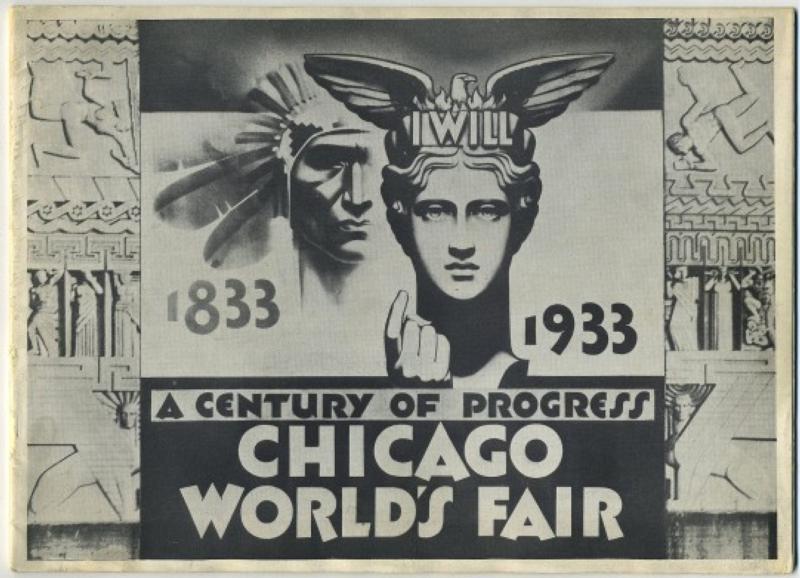 Build Your Own Altair 8800 Personal Computer

Designer of the Mosley CM-1 Receiver