From the Estate of AA5T

These excellent examples of the Swan Twins are from the estate of John Thuren, AA5T (SK) of Houston, Texas.  John had checked in to the 20M Swan net with these very desirable "big Swans" until a few years ago. 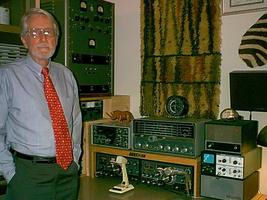 A big thanks to Eddie, NU5K, who handled John's estate and placed these on EBay.  He packed them well, knowing they are indeed an important find.  Also thanks to Jeff, WA8SAJ, who has written at least one article on the twins for Electric Radio, and - outside K4BOV - probably knows more about them than anyone else on the planet.

There were only 600 of the transmitters made, and 450 of the receivers, making these units extremely hard to procure.  Of the 450 600-R receivers produced, it appears to be unknown how many were the Custom (with the 16-pole crystal filter, factory AM filter and audio filter circuitry).  Surviving R600 Customs typically have missing or inoperative AM filters.

After providing the serial numbers of the units to Stu, K4BOV, he responded with some interesting information:

I confirmed with Jeff, WA8SAJ, that the receiver has the hard-to-find original factory AM filter.  This particular set is in fine cosmetic and operating condition.  Some minor cleaning and detailing was all that was needed to get them back on the air.  Even the audio filter, which uses an impossible-to-find early integrated circuit, works well.  The twins have a high-quality feel to them, and are noticeably larger than the transceivers we're all so familiar with.  The receiver is surprisingly good.  The VFOs are very, very stable and smooth as silk.  These VFOs are set up in 2KC spreads.  To go above and below the default (0) segment, the operator must set the small scale to the left, using the calibrator.  This, plus the color-coded bands, which are very different than the typical Swan transceiver configuration and take some getting used to.

The 600-T uses 6KD6 sweep tubes, which peak around 400W in my example.  The tuneup is similar to the transceivers, but peaks are also displayed on a very cool flourescent tuning eye.  Only a touchup of the idling current was needed to get it on the air.

Swan completed the parts list for the Swan Twins in late 1969 and accumulated enough components and manufacturing set-ups to start building 100 sets - that is, 100 receivers and 100 transmitters. The first receiver and transmitter received serial number "1". Then the following went from 0101 thru 0199 for 600R receivers and 1201 thru 1299 for the 600T transmitters These are referred to as "run" or "series" one.

There were small variations among the 3 runs of the 600T and only two from the first to the last 600R (or 3 if you consider the difference between the standard and custom).

The first run of 600T's had two screw-driver adjustable auxiliary load controls mounted on the rear chassis behind the PA compartment for accommodating low frequency antenna matching such as on 80 & 40 meter. Further factory testing and user feedback showed these extra capacitors were not necessary; so, were dropped on the 2nd series. However, the two access holes remained. Conversely, in the final run, there were no holes drilled.

Of interest, while looking up those numbers I saw that Herb Johnson's personal 600T was #1906 and a note that his widow Mimi had the unit for sale in 2000 a few months after he passed away.

Bob, W9RAN also has a set of these twins.  Stu provided some info on his:

The pictures shown were taken prior to a careful cleanup.  I made no attempt to paint the cases, and took extreme care when cleaning the switches and pots.  Of course, finding replacement parts for these units can be extremely difficult or impossible.

You can find a lot of information about these beautiful Swans in the 1972 Swan Catalog.

Factory filters. The AM filter is in the middle. 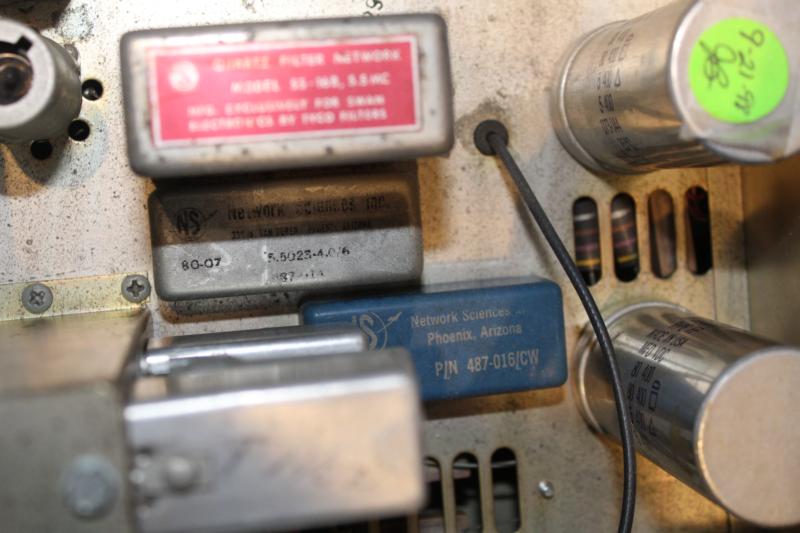 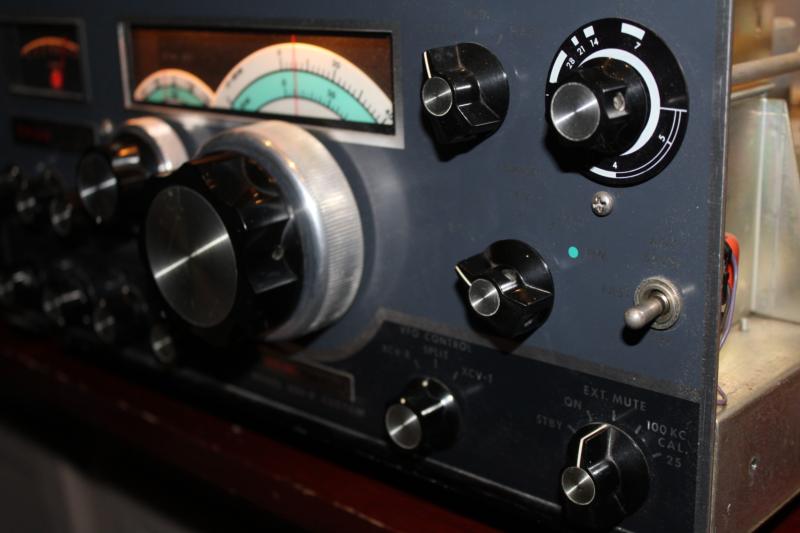 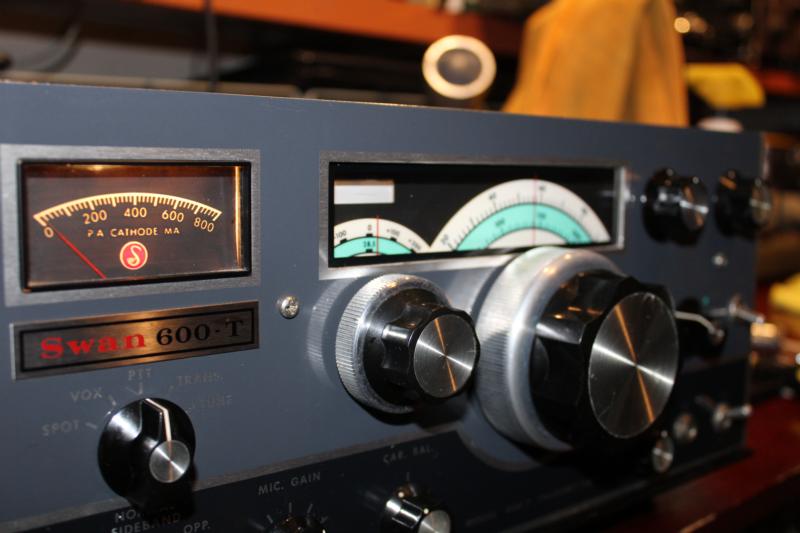 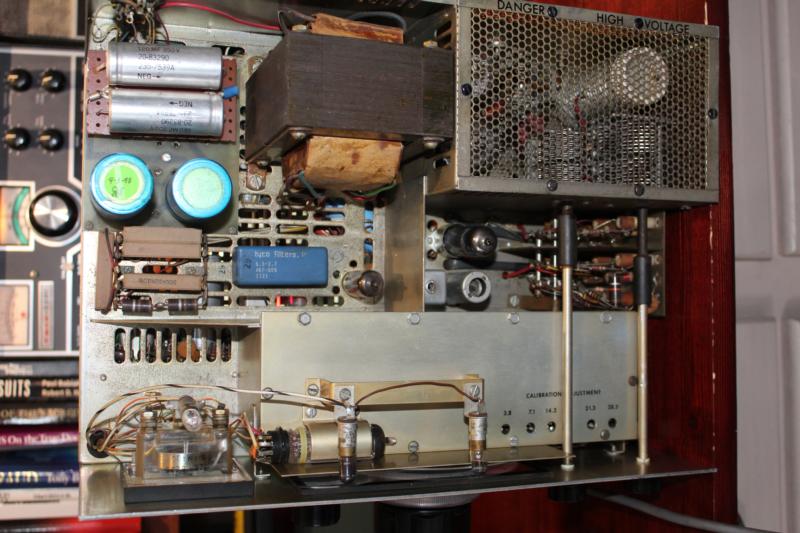 600-R Custom Receiver Chassis. Note the audio filter board below the meter. 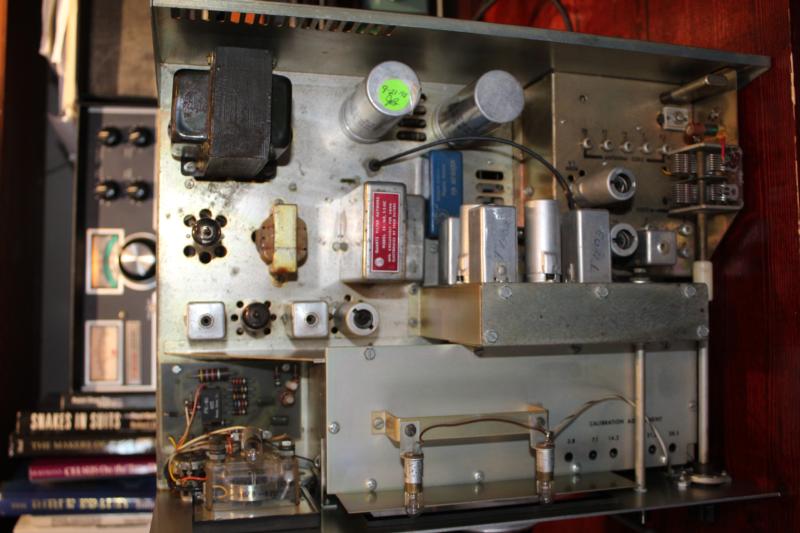 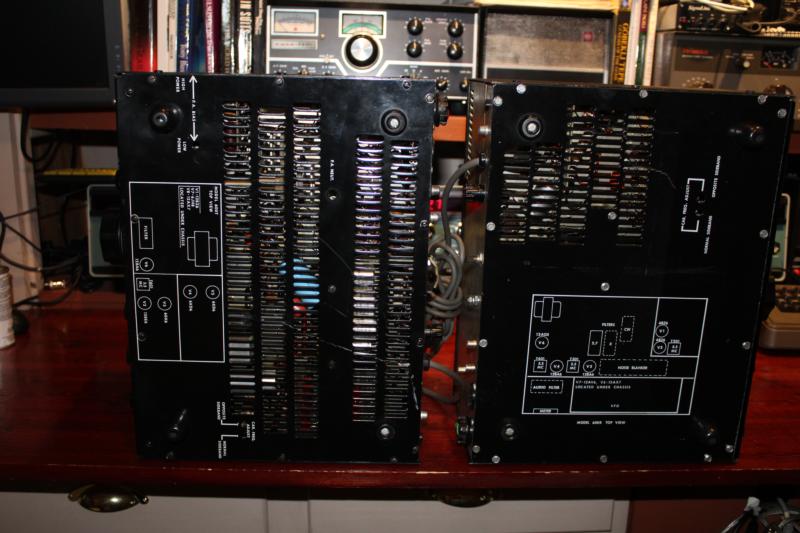 Closeup of audio filter PC board (Custom receivers only) 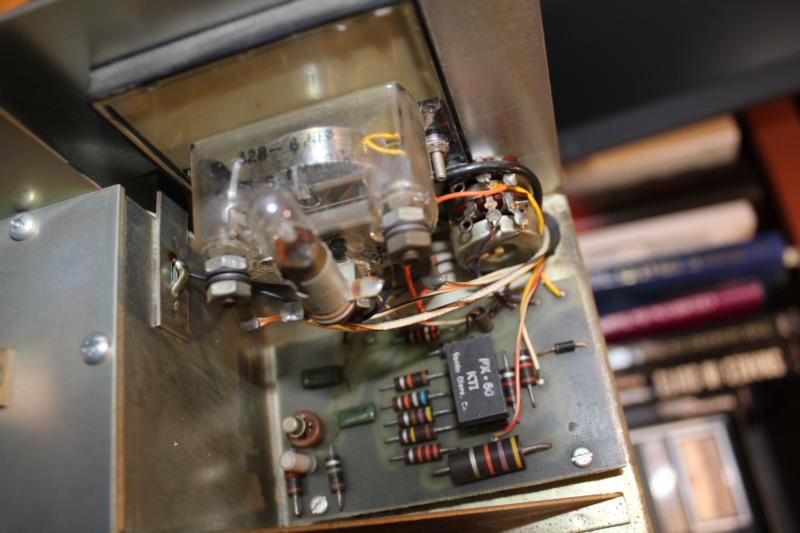 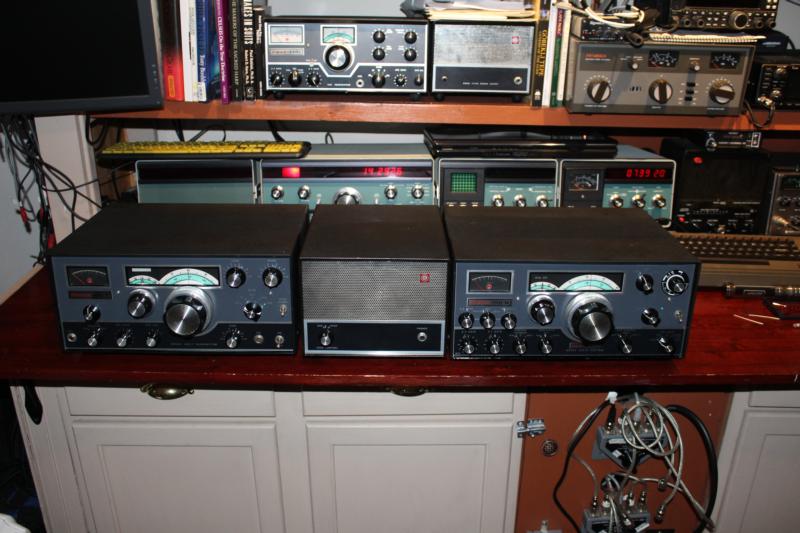