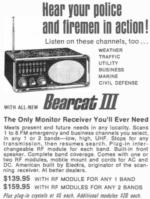 For nearly five years, spanning 1978 - 1983,  I worked as an Electronics Technician in the original Bearcat manufacturing and service facility in Cumberland, Indiana.  Electra was one of the best places I've ever worked, and were among the many innovative consumer electronics companies which sprang up in and around Indianapolis.  Al Lovell, a former employee of Regency (also in Indianapolis) invented a curious, inexpensive device - the Little Tiger - which allowed police and fire transmissions to be received in a nearby standard radio.  Lovell also conceived the idea of a police scanner, and Electra built the very first ones in his meager facilities.

I performed component-level troubleshooting of the BC-210, BC-250 and some of the very early full-duplex wireless telephones.  It was at Electra that I met a number of good ham operators, and finally got my first ticket (KA9OWA).  Betty Taylor, WB9IGY, sold me a nice Heathkit SB-102 in time for my Novice ticket.  I worked all 50 states on that transceiver, with a 5BTV vertical antenna clamped on a mobile home.  Betty could fix anything.  She was one of the best technicians I've ever met.

As demand for the products grew, the facility grew.  I remember predicting the end when the parent corporation, Masco, opted to incrementally move production and support to Warez, Mexico (now one of the most crime-ridden areas on the planet).  The quality of the produced products from Mexico was awful, and this was my first lesson in economics: reality is first measured in terms of stockholder dividends.  First - incredibly -  Electra was sold to Masco Corporation (a faucet manufacturer!).  Eventually the name and assets were sold to Uniden, and the "Electra family" was no more.

Count them all: Regency, Texscan (where I worked in 1984), Genave, RCA, Trilithic, Trionyx, Mallory, Wavetek, Western Electric, Ritron, Grahams Electronics, American Electrionics, Teaberry Electronics, Demco,  Howard W. Sams (where I worked in 1977), PTS.. these were innovative companies or importers providing good opportunities for Hoosiers, and they're all gone.  But if I close my eyes, I can still turn a BC-210 on its side and program in all the test bench frequencies.

Here are some links for more information on the products made by Electra:

Attached is an in-house newsletter dated February, 1981.  On the last page is the announcement of my engagement to my future wife, Brenda.

In the pictures we have the Electra Christmas party, 1980.  Looking closely, yours truly can be found seated at a table, along with my old friend Mike McMillan (who later was in my wedding).   There also is a picture of the line BC-210 support team from about 1984, at the ill-fated 33rd and Post service facility.  These were great people to work with, and I still miss them.  But if I hear Rod Stewart's Do Ya Think I'm Sexy on the radio again I'll surely blow a fuse.

Al's son David, W9DAG, has restarted Electra, and appears to be focusing on contract design, prototyping and design with limited repair of the old products:

Electra-sponsored Christmas party. Front, on left, is Betty Bearcat. Yours truly and Mike McMillan can be identified. 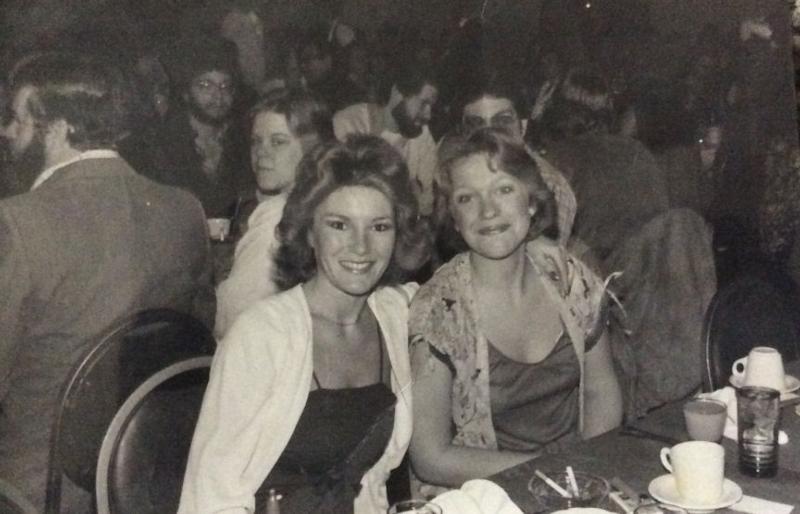 From the Electra BC-210 service support line, from the short-lived 33rd and Post Rd. facility, about 1983. 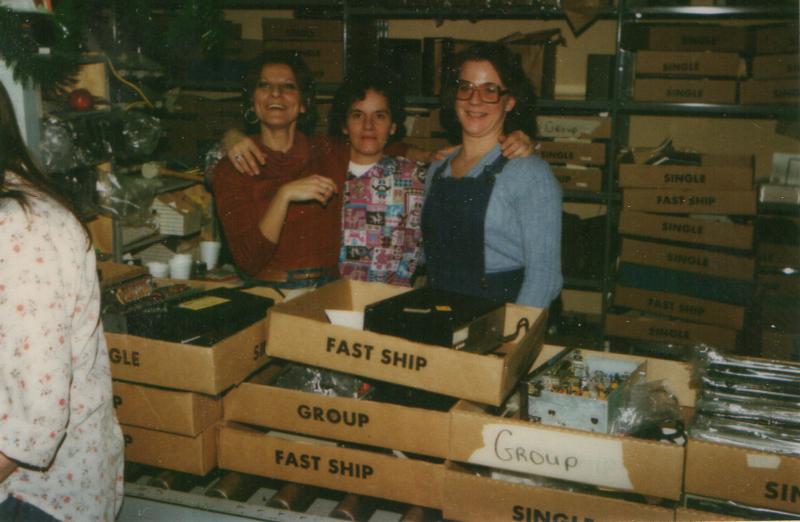